Formed in 1953, Barton AC has a long and illustrious history of providing sporting excellence and fitness. 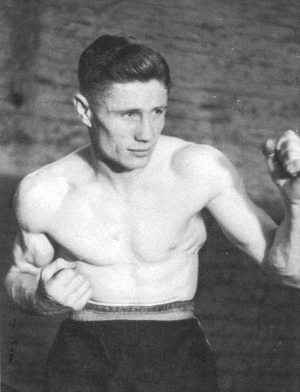 The club grew from a small wrestling club on a family farm to become a large, multi-sport club which has left a lasting mark on the community it has served for over 60 years.

The club was founded by Max Shacklady, a former ABA Champion, who boxed at the London Olympics of 1948

After becoming disillusioned with boxing, Max discovered wrestling at the YMCA in Manchester.

Soon he began, what would later be described at the clubs first AGM as a ‘Sunday training club for those so minded’

The clubs first facilities at ‘the barn’ on the Shacklady farm were adequate in the early days. However as the club grew in popularity, the facilities soon began to prove inadequate.

Funds were needed to install electrical lighting and despite efforts to raise money with a ‘Hot Pot’ dinner in 1956, the money proved hard to come by. It was becoming apparent the clubs success meant a new home was needed.

In 1957 the club found that home when it moved to the Barton Steel Works. Here, facilities such as lighting and heating, were in place and attendances swelled with working men from the Steel Works. Such was the club’s fame that in 1965 it was even visited by the touring wrestling world champions, the USSR.

The Steel Works proved a successful home for 15 years and saw the club establish itself in the community and develop the range of activities on offer. However times moved on and by 1972 the Steel Works were no longer a viable home.

Another move followed, this time to St Catherine’s in Irlam. The Club was to remain at St Catherine’s for a further two years before moving in 1974 to, what many considered to be, its spiritual home at the Eccles Drill Hall.

Barton AC would remain at the Drill hall for another 29 years and see hundreds of members young and old become a part of the history of the club.

It is a telling demonstration of Max Shacklady’s legacy that despite the moves to several different homes and despite Max passing away in 1986, that all those who know Barton AC still refer to the club where Max trained right up to his death, as Shacklady’s Gym.

Barton Athletic Club faced the biggest challenge of its history when in 2004 the club was evicted from its home of 29 years, the Eccles Drill Hall. The building was to be demolished for residential development, leaving the club homeless.

A campaign to ‘Save Barton AC’ was quickly launched and met with an overwhelmingly positive response from all sections of the local community.

After hard work from many, the ‘Save Barton AC’ campaign, meant the club was found a new home by Salford Council in late 2004 at Dorning Street, Eccles.  This temporary home gave the club members the opportunity to undertake their biggest challenge to date – to secure the land, funding and support to enable them to build a permanent, custom built gym within the community they had served for so long.

Thanks to the incredible efforts and support of many, many people, this dream was finally realised in 2016,  when Barton AC opened their doors at their new home on Franklin Street, Eccles.

And so began the next chapter in the history of Barton AC. You can read more about this journey, from Shacklady’s to Franklin Street, here.

Barton AC has been integral to numerous personal and team successes over the past 65 years. For many the success has been in life, the victories personal, but these personal triumphs away from sport can be traced back to the self-discipline and work ethic instilled at the club.

The club and its members have also fostered events which benefit the local community and provide a foundation for many individual successes.

Members like Derek Craynor who have been with the club since it was founded, continue to contribute their knowledge and keep alive the spirit the club was founded in.

Tony Shacklady maintained the family tradition going to the 1968, 1972 and 1976 Olympic Games, the World Championships of 1973 and the 1974 Commonwealth games, where he won a wrestling silver medal. Tony later managed the British team at 1992 Barcelona Olympics and 1994 Commonwealth Games.

Gary Moores competed in the Los Angeles Olympics of 1994 as well as representing England internationally.

In boxing, the club has a past Golden Gloves champion in Danny Hindmarsh.

Coaches such as current treasurer and wrestling coach John Lightfoot, who has been with Barton AC since childhood have gone on to serve as a council member of British Wrestling, serve the Commonwealth Games Council and chair both the Challenge cup of Great Britain and 1998 World Cadet Championships in Manchester.

More recently many of the clubs wrestling members made it to the National School of Excellence at Lilleshall.

PICTURES FROM THE PAST